Recently, my colleague wrote that the CMS’ Value-Based Purchasing incentives were working to reduce hospital-acquired conditions (HACs), according to the Agency for Healthcare Research and Quality (AHRQ). From 2014 to 2017, the overall rate of HACs had declined by 13%. Per AHRQ, 20,500 lives have been saved in that period, along with $7.7 billion in avoidable healthcare costs. In looking closer at the data, however, the rates for Pressure Injuries (PIs, also commonly referred to as Pressure Ulcers or Bed Sores) actually increased by 6% during that period. It was the only category of HACs measured that had gone up. Given the fact that PIs account for almost 27% of all HACs in the 2017 data, this is a significant issue. 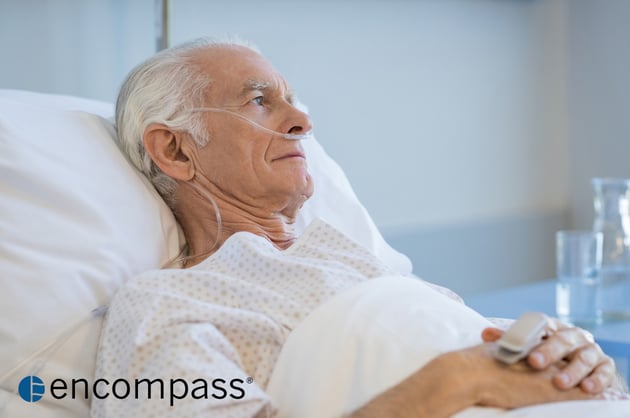 Let’s take a look at some of the potential issues for what could be contributing to this increase.

1. Identification and Coding- The CMS’ hospital-acquired pressure injuries (HAPI) data report Stage 3 and 4 PIs. In many situations, recording and staging of any individual patient’s PI wound are done by a wide variety of clinical staff in a facility, which can lead to variations in the interpretation of the wound type. In the last several years since the regulations have been in place, there has also been increased pressure to accurately record what is and isn’t a hospital- acquired wound, and what stage. Clinical staff may be doing a better and more consistent job of identifying wounds that qualify as hospital acquired, and as a result of the increased focus on reporting, more wounds are making the list. To be sure, it is still a challenge to accurately identify if the wound truly is hospital-acquired, since some deeper-tissue injuries can be caused by events or situations that occur before admission but may take days to present themselves, and, wounds that were cited as stage 1 or 2 prior to admission can eventually decline to a stage 3 or 4 during admission despite the best efforts of staff due to deeper tissue injuries not apparent.

2. Increased Acuities- According to the National Bureau of Economic Research, the average Case Mix Index (CMI) for U.S. hospitals increased by 7.4% from 1.49 in 2014 to 1.60 in 2018. A hospital’s CMI is an indication of the complexity and severity of the care it has been providing; in general, the higher the CMI, the higher the acuity level of the patient population. It would make sense that as advances in medical technology has pushed more procedures out of the hospital to outpatient settings, the patients who are still having procedures in hospitals have a higher acuity level. With complex patient cases involving the aging population, critically ill, frail elderly, malnourished, completely immobile or limited mobility, and comorbidities, the hospitalized population is at greater risk for PIs. This mix can lead to more risk factors for PIs being present in the inpatient population than before.

3. Decompensation- Extended exposure to moisture and pressure are two key contributing factors to skin degradation in the areas that eventually become pressure injuries. When skin, our largest organ, becomes compromised, it can fail to respond to the additional overload of these factors. Higher acuities and comorbidities contribute to the inability to compensate for the extra loads we put on our skin, causing an increase in the potential for skin breakdown.

4. Increased Use of Medical Devices- Recent reports show that more than 30 % of HAPIs are caused by the use of medical devices. Items such as catheters, bedpan, IV tubing, nasal cannulas, splints, armbands, casting, tape, and others can be a risk factor as patient acuity levels rise, and the skin cannot keep up with the increased load it is forced to bear (see Decompensation above). Every patient with a medical device can be at risk for a pressure injury caused by that device, especially if their health is already compromised. Prevention and management of medical-device-related pressure injuries are more difficult since, unlike pressure injuries from laying or sitting (which can be mitigated by frequent repositioning), medical devices often cannot be moved or repositioned.

5. Acclimation- Traditional alternating pressure, rotational or general pressure redistribution powered surfaces are all programmed to mechanically alter the pressure point loads across the patient’s body. However, their variation in pressure is repetitive and predictable, sometimes in waves or zones. Traditional low-air-loss surfaces provide evenly spread, consistent airflow and pressure, but this can excessively dry and over cool the skin in healthy areas — ultimately making more work for the caregiver. In either case, the skin and body can become acclimated to the consistently repetitive therapies of traditional support surface modalities and fail to respond to that therapy over time, reaching a plateau of healing.

6. Cross-Functional Care Challenges- Traditional therapeutic support surfaces and pressure injury treatments struggle to support multiple care disciplines provided by other members of the patient care team, such as Respiratory Care and Physical Therapy. More than 90 percent of pressure-injury stays are for principal treatment of other conditions, such as pneumonia, fluid, electrolyte or nutritional disorders, diabetes, septicemia, UTIs, neurological and musculoskeletal injuries, among others. When delivering combinations of treatments, it’s important that pressure injury prevention and treatment doesn’t benefit only one care discipline while presenting challenges for others, or that treatment for other conditions doesn’t interfere with the treatment for PIs due to limitations of medical devices and treatment protocols to work with one another.

7. Growing Complexities in Patient Care- With the growing complexities of patient care, healthcare facilities are challenged more than ever with the demands of balancing the increasing acuity of patients, while managing limits on staff, funding and facility resources. Complicated training and additional staff time requirements can cause additional stresses and loads on staff, resources and equipment. Each patient’s body can physiologically respond differently to multi-faceted treatment. It’s becoming increasingly rare that patients are admitted and treated for only one condition during their stay. Individual healthcare facilities and systems are looking to have a broader approach to address the persistent, multifaceted challenge of pressure injuries. More acute-care coordination with long-term care facilities, clinics, primary physicians, home health agencies and pharmacies are intended to reduce readmissions and relapses, but those coordinated, holistic efforts are still in the early stages.

Upon review, it is easier to see the combination of difficulties facing the caregiver treating pressure injuries. The challenges for acute care facilities to prevent existing stage 1 and 2 PIs from becoming stage 3 and 4 under their watch are many. They are also faced with treating pre-existing stage 3 and 4 PIs upon admission. Clinical staff will need the help of the entire care delivery ecosystem – administration, WOC professionals, researchers and industry innovators, among others, to keep HAPIs at bay and reverse the trend of rising rates. If it can work for all the other HAC categories, with focus and effort, it should be able to work for pressure injuries as well.

Michelle Daniels
Michelle Daniels is the Managing Director, TPF & TSS Brands for Encompass Group. She can be reached at michelle.daniels@encompassgroup.net

The Right Warming Technology Can...

Is Giving Back in Your Company’s DNA?

Maximize Your Revenue Recovery with a...

COVID-19’s unprecedented effect on population health worldwide will be with us forever. The suffering and loss..