The True Cost of Pressure Wounds to Hospitals

The January 2019 report by the Agency for Healthcare Research and Quality (AHRQ) highlighted the impressive reduction in hospital-acquired conditions (HACs) from 2014 to 2017. Overall, HACs declined by 13% in that period, which translates to 20,500 additional lives saved, as well as a $7.7 billion reduction in avoidable healthcare costs. But as we pointed out in our blog, CMS Incentives Reduce HACs, But Much Work Remains, the incidence of hospital-acquired pressure injuries (HAPI), actually rose by 6% over the same period. 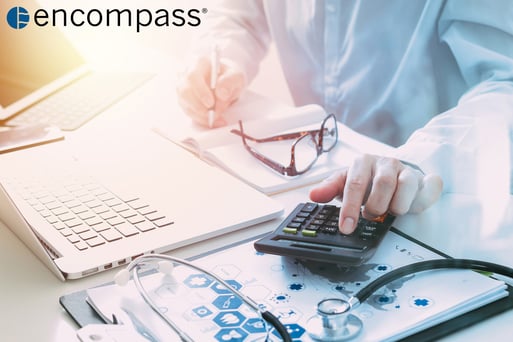 The cost of hospital-acquired pressure injuries (HAPIs) to the U.S. healthcare system is staggering. The AHRQ estimates the total yearly cost to be between $9.1 and $11.6 billion.  Data collected in the years from 2014 to 2017 showed an overall rise in the number of HAPI from a baseline of 21.8 per 1000 discharges in 2014 to a rate of 23 per 1000 discharges in 2017. With an estimated price tag of $14,500 per PI, this rise accounted for more than $1.7 billion additional hospital costs.The Department of Health and Human Services has established an ambitious goal of reducing the rate of all HACs by 20 percent by the year 2019. This would put the 2019 target for HAPIs at 17.4 per 1000 discharges compared to the 23 per 1000 recorded in 2017. If this threshold is met it would represent approximately 165,000 fewer cases of pressure injuries each year with an associated a cost savings of over $2 billion annually. Not only are PIs financially costly, but they also exact a hefty toll on patient quality of life and life expectancy. Advanced pressure injuries can be extremely painful and, on average, increase the patient’s length of time in the hospital from about 5 days to over 11 days. Additionally, PIs are directly responsible for roughly 60,000 patient deaths each year.

From the point of view of healthcare administrators, a high rate of pressure injuries may do serious damage to a  hospital’s reputation. Quality measures put in place by the U.S. Centers for Medicare and Medicaid Services classify PIs as a “never event,” meaning that they should never occur, and therefore levy monetary penalties on facilities with low quality scores.

In addition, the AHRQ reports that there are more than 17,000 pressure ulcer-related lawsuits filed each year, second only to litigation related to wrongful death. The majority of these cases are settled in favor of the patient with a malpractice award of over $200,000.

While data shows that quality improvement measures including value-based purchasing incentives initiated by the Centers for Medicare & Medicaid Services clearly have led to dramatic reductions in HACs across the board, the rate of HAPIs has trended in the opposite direction. Currently, the prospect of achieving the 2019 goal of 17.4 PIs per 1000 discharges seems dismal in light of the 2017 rate of 23.0 PIs per 1000 discharges.

To alter this trajectory, a significant catalyst clearly must be brought to bear on the PI rate. A potential solution may be found in a reexamination of therapeutic support surfaces and pressure injury treatments traditionally used in hospitals.  It ultimately may be in the best interest of hospitals to commit upfront resources into products that specifically address the pressure and moisture management needs of PI patients such as the Airisana Therapeutic Surface.

Kristy Warren
Kristy Warren is the Clinical Resource Director for Encompass Group. She can be reached at kristy.warren@encompassgroup.net

We recognize that managing patient pressure injuries is a difficult job. What makes it even more difficult is trying..

Pressure injuries have a reputation for being hard to prevent and treat. Thankfully, therapeutic support surfaces..

3 hours. That’s how long COVID particles can remain in the air, per the New England Journal ofMedicine.

Why Most Therapeutic & Alternating...

Nurses are no strangers to pressure injuries (PIs) as they are, unfortunately, a frequent occurrence in patient..